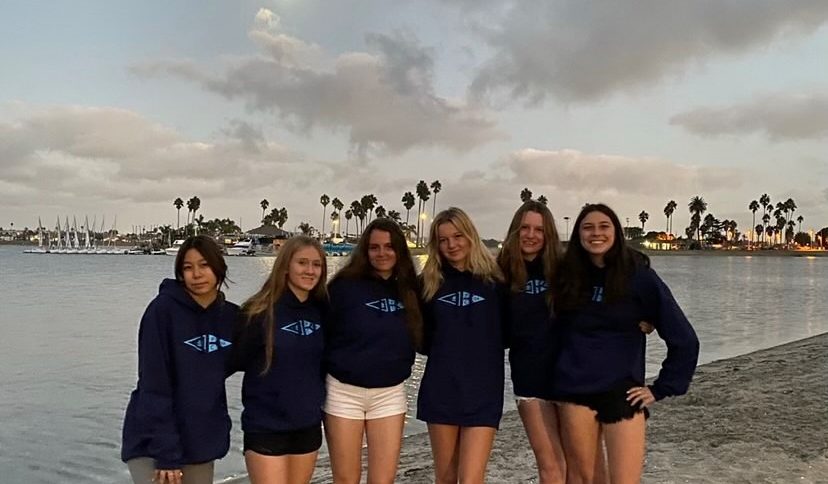 The team arrived in sunny California bright and early on Friday, October 15th. We were lucky enough to get some practice time at host Mission Bay Yacht Club that afternoon. After a breezy and productive practice session, the New Trier Sailing girls hit the town of La Jolla.

The first day of the regatta gave us a consistent 10 knot wind thanks to the Santa Anas. At the end of the first day we attended a barbecue hosted by the Mission Bay Yacht Club. Winds on the second day of racing were lighter, with varying degrees of wind velocity and a persistent right shift.

After a weekend of constant focus and hard work, New Trier placed 10th overall, cementing itself as a national powerhouse and a force to be reckoned with. We ended the weekend with a redeye home, arriving in Chicago at 5:00 am on Monday, and went on to a fun day at school. A special thank you to Lucy’s mom for chaperoning and to Addy Sutton and Katie Tinder for coming out and coaching us.