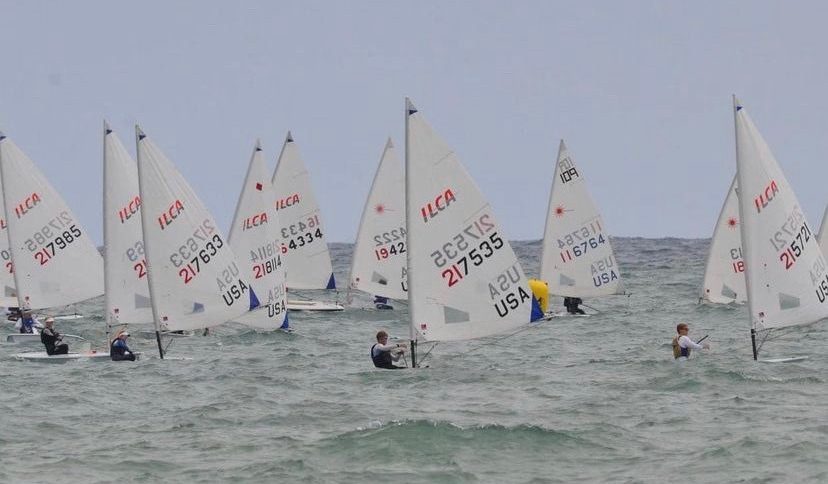 On September 18th and 19th, 2021, Will Broseman ‘22, Caroline McClain ‘24, and Abby O’Keefe ‘23 competed in the Missa Cressy Qualifier in Lake Forest, Illinois. We all competed in the laser radial fleet. The regatta was a qualifier for the Cressy singlehanded high school national championship. Sailors from all over the Midwest came to sail, including other Chicago Yacht Club schools. The CYC teams were coached by Flor Cerutti, CYC’s singlehanded coach.